String Stories is a photographic series depicting the abandoned spiderwebs of the Korean golden silk spider, all taken in front of coloured backgrounds using artificial light, thus rendering the fine threads visible. For this exhibition, Maak has taken a small selection from this series and combined it with new drawings of string figures—images made by looping string around one or multiple hands. Cat’s Cradle is the English name for one of the world's most well-known string games. These drawings were appropriated from ethnologist Caroline Furness Jayne's 1906 book String Figures and How to Make Them. The book tells us that string figures were historically used as illustrations during story telling sessions, most often depicting animals, but also weather phenomena, hunting scenes, and star constellations. Jayne included indexes for each string figure in her book, listing their different meanings in different countries and regions. Part of the index is reproduced as wall texts in the exhibition, informing how this game is embedded in local narratives. The pictures of animal and human made structures, along with the spiderwebs and string figures are installed in corners of the apartment—sometimes overlapping, sometimes blending into the architecture, often referring to each other on a formal level—inviting the viewers to step in and spin their own webs of relations. 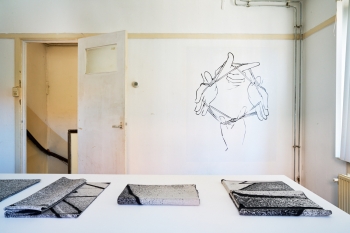 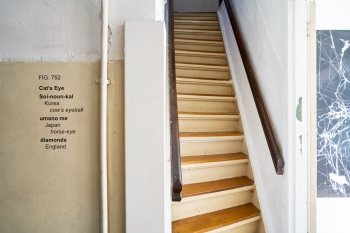 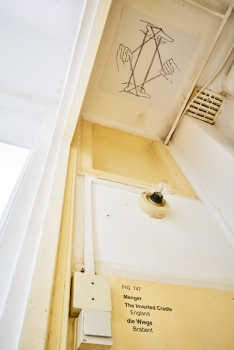 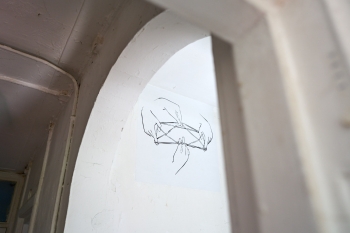 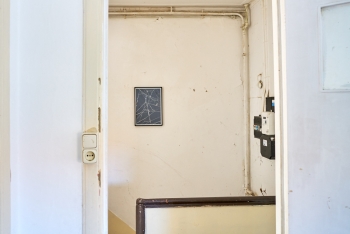 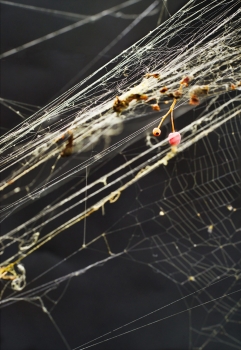 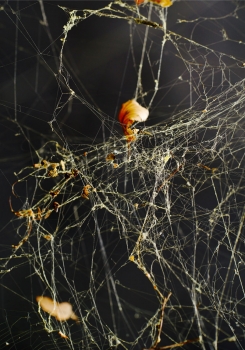 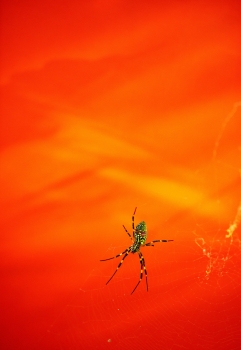 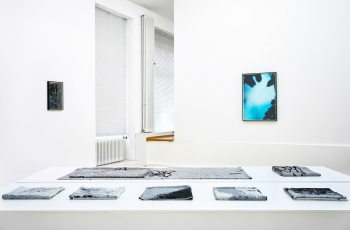