The series OLGA was produced in Tijuana. Doing a residency there, I came across the story of Olga Camacho Martinez, a 8 year old girl, that was raped and brutally murdered in Tijuana in 1938. I placed short questions and statements addressed to Olga in English and Spanish on the colorful walls of an old shopping arcade in downtown Tijuana. Afterwards I photographed these interventions.

The story of Olga's death is twisted, because her alleged murderer was posthumously made a local saint. His name was Juan Castillo Morales, he was young soldier from southern state of Jalisco. To calm the rioting masses the military shot him in a staged attempt of escape. Some people felt he died innocent and thought strange things are happening at his grave. They felt sorry for the young stranger - Juan Morales was turned into Juan Soldado, who is worshiped until today, while hardly anyone remembers Olga. 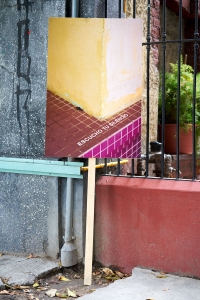 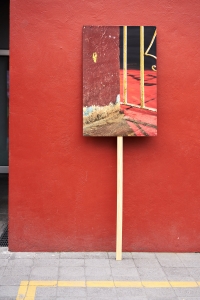 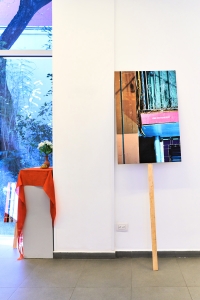 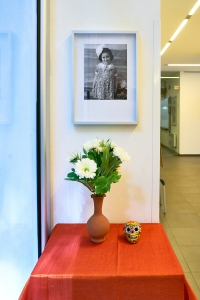 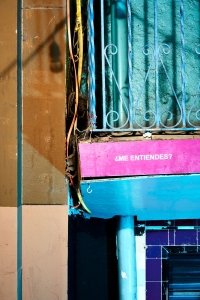 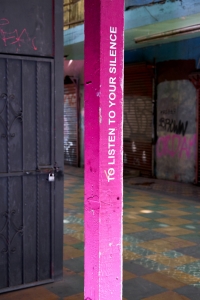 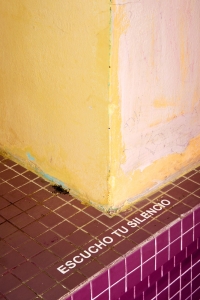 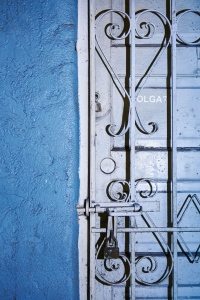 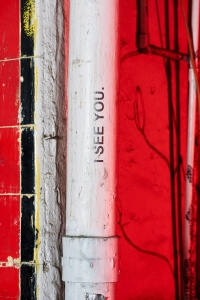 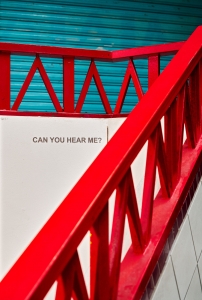 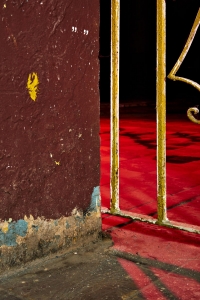 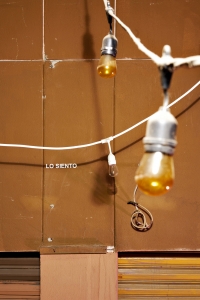 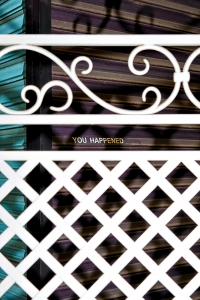