"A system as complex as the weather can never be modeled or described in its entirety. Nevertheless, huge amounts of data are generated in order to optimize forecasts and provide reliable statements about changes in the climate. Flo Maak’s large-scale installation addresses the desire for control that drives such measures. “Kaltfront II” (Cold Front II) (2013) is a construction made of a shower wall component with water droplets integrated into the surface design, which through regularly placed, grid-like openings provides a view of a satellite image of a hurricane. When the viewer enters the space behind the shower, the image projected on the wall, “Making Data Global” (2013), breaks down into a pixilated mass of data. The title of this work is borrowed from Paul N. Edwards, who explores how meteorological knowl- edge about climate change is generated in his book “A Vast Machine: Computer Models, Climate Data, and the Politics of Warming” (2010). Edwards makes clear how the models used as a basis for weather visualizations are also constructs, translations of a more complex reality. Next to “Kaltfront II” and “Making Data Global” hangs a photograph of the world map from the Musée Royal de l’Armée et d'Histoire Militaire in Brussels, which is installed in the main hall of the museum in such a way that the viewer is simultaneously able to look at the map and the sky, and thus the weather, which is visible through the 19th century glass ceiling. Formal correspondences between different elements of the installation become apparent, such as the grid-like structure found in the photographed architecture, the room divider, and the meridians of the satellite image as well as landscapes that resist any form of precise cartography, including the central North Pole on the military map and the satellite image of the hurricane. With an installation that links weather phenomena and military activity, Maak invites us to think about control and power claims in a world that is being transformed by changing weather conditions. An uncertain future lies beyond the cold front." 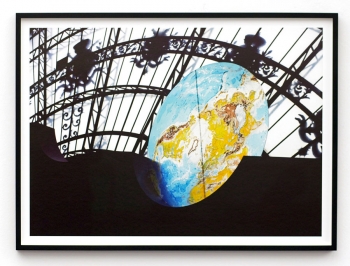 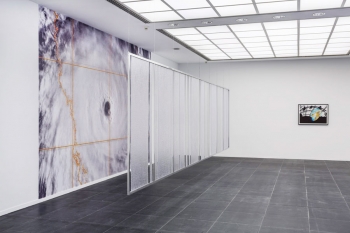 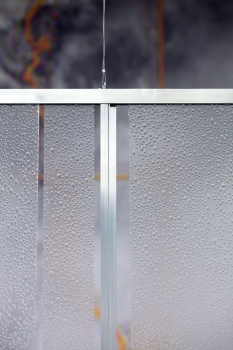 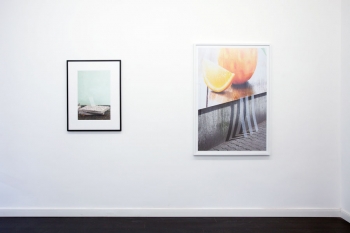 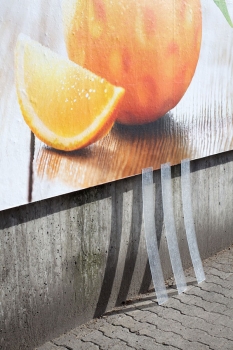 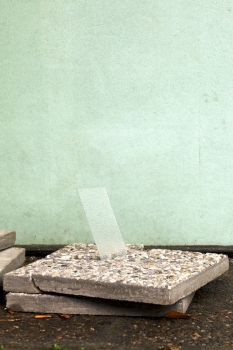 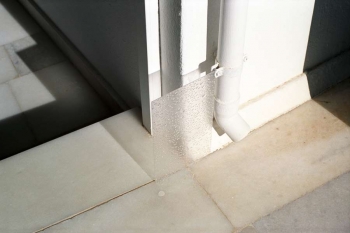 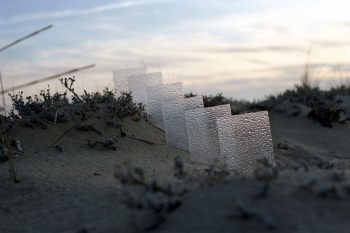 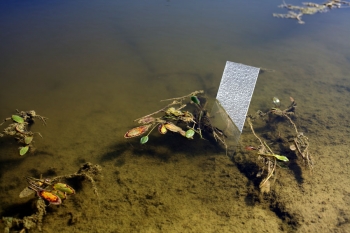