For my latest work, Gravity, I drew inspiration from American novelist Thomas Pynchon and French architect Le Corbusier, both of whom created work surrounding technological advancement and the newfound perspectives offered by aviation. When a V2 rocket hits its intended target in Pynchon’s novel, Gravity's Rainbow, the event triggers a sexual climax in the protagonist. A similar dynamic emerges in Le Corbusier‘s writing, when he expresses how the bird’s eye view from an aircraft shows how one could easily imagine new cities erupting from the ashes of the old. This inherently human hubris – whereby destruction is regarded as a pre-requisite to create – is what I want to address in Gravity, focusing on advancements in aerospace technology in the 20th century and their influence on contemporary architecture and art.

I’ve become fascinated with these objects called plumb bobs, which are old-fashioned weights suspended from a string and used as a vertical reference line on construction sites. Even though these objects were used to help build houses, I couldn’t help but see them like bullets, or even rockets, that could damage or destroy whatever they came into contact with. Continuing along these lines, I staged the tools as if they were flying objects in my studio, emphasising their ambivalence. In this context, the objects became unfamiliar, creating a distance that permits us to question how we would typically identify and understand them.

As I continued to experiment, I included various different background images, objects, and materials that carried their own stories of technological development, human progress and catastrophic failure. This approach led me to create concrete replicas of plumb bobs, a model of the V2 rocket, and a butt-plug. In my Ruins in Reverse image, concrete objects are presented in front of a blue to white gradient, alluding to the point at which outer space meets the atmosphere. The title of the photograph highlights the objects’ unclear status: are they falling or floating? Are they damaged or under construction? 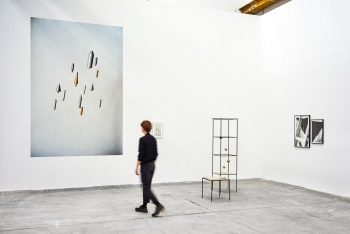 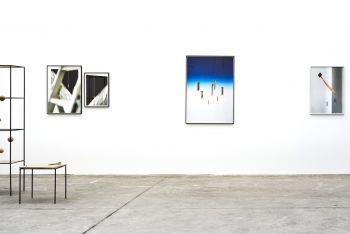 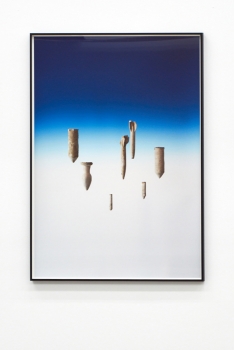 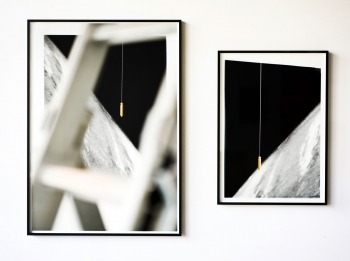 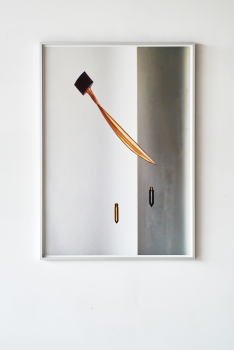 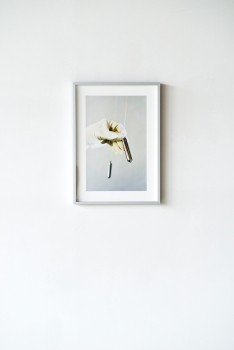 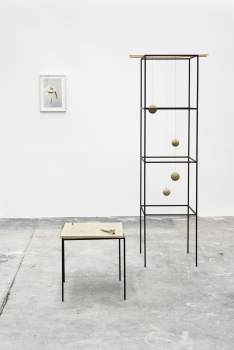 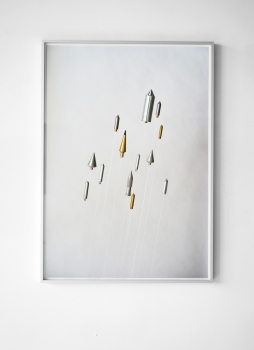